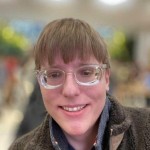 For the first time in Disneyland’s history, the park now features characters in wheelchairs on an attraction.

The new additions to the classic “it’s a small world” boat ride debuted along with the ride’s annual holiday overlay earlier this week.

“What a wonderful story that Walt and Mary Blair, and the original Imagineers, put together about the children of the world and our unity all under one bright sun — and how we really should rejoice together in that,” Irvine said about the new additions.

Guests will find one of the two updated dolls in the ride’s South America scene and the other in the ride’s finale, where children of all races and creeds sing together in harmony.

Dolls with wheelchairs are also expected to be added to “It’s a Small World” in Walt Disney World and Disneyland Paris sometime next year.

“I think that is definitely something that the original Imagineers would embrace and think was wonderful that we were looking at things like this,” Irvine said. “We are always looking to enhance our attractions with not just fun things, but meaningful things as well. And keeping timely with what’s happening in the world, and especially, you know, making things new. I know we never want our attractions to become so predictable that you could ride them with your eyes closed and know what’s going on in there. We like to constantly be surprising you with new things and important things, especially relevant things.”

Erin Quintanilla, manager of accessibility for the Disneyland Resort, had this to say about the importance of authenticity when changes such as these are made to classic attractions: “We wanted to make sure that it was a person in a wheelchair who was independently moving through life. So we didn’t want the wheelchair to feel like a hospital style wheelchair. You’ll notice in the design, it’s beautifully created to align with a Mary Blair style,” said Quintanilla.

“But there are details of the wheelchair like having a push rim so that the doll would be able to move through the story in a way that I move through the world. So it’s pretty special to have those details be accurate,” Quintanilla said.

Holiday Nighttime Spectaculars are Back at Disneyland Resort

Get the inside scoop

Please log in again. The login page will open in a new tab. After logging in you can close it and return to this page.